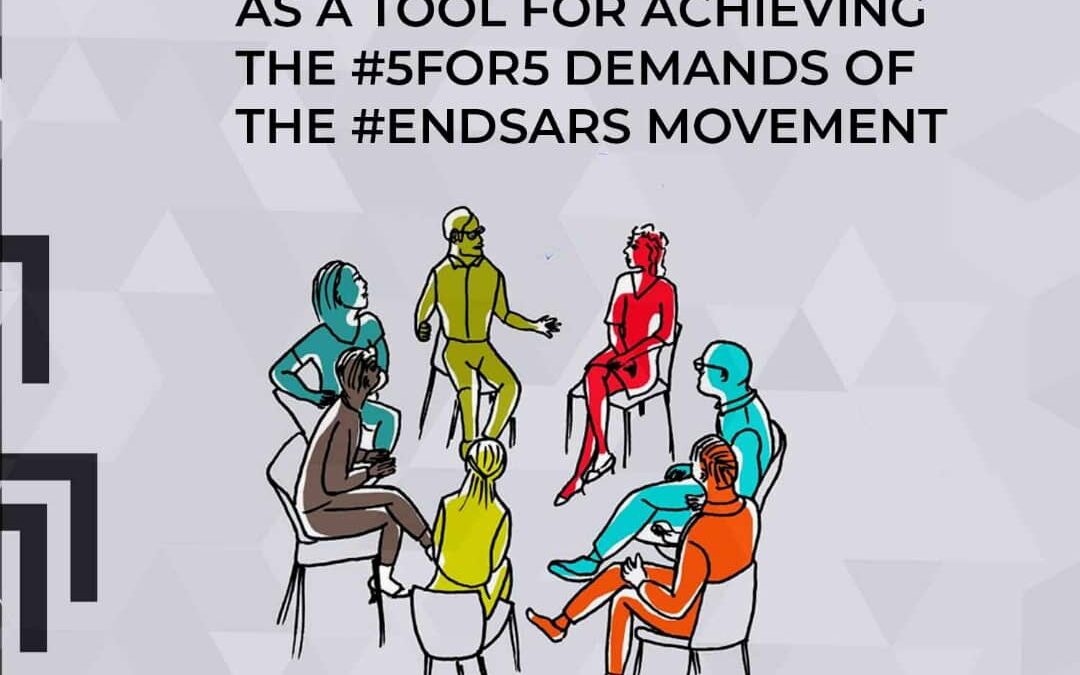 The #number 1 thing trending in Nigeria right now is the #EndSars and #EndPoliceBrutality movement by Nigerians both home and abroad for the immediate abolition of the Nigeria Police unit called the Special Anti-Robbery Squad(SARS).

This squad was notorious for its outright abuse of young Nigerians who are on dreadlocks or using expensive phones like iPhones by extorting money from them, beating them and as far as even shooting those who are not willing to comply with their demands. The center of the gist now is that Nigerians are no longer giving in to these inhumane acts by Police officers who kill people for no reason, who harass and extort young people based on their appearances, who abuse human rights and deprive Nigerians of their fundamental freedoms.

Nigerians are raising their voices in unity to say that enough is enough. They want the matter to be looked into urgently by the government of the country. Now, this article is to expose readers to seeing how Mediation can be used to help the #EndSars Movement achieve it’s goal by using some form of dialogue between the people and the government because, for development and progress to occur with the whole movement, there is a need for parties to come together and talk on how best move the country forward and support each other.

Now mediation in its entirety is about promoting dialogue between two or more persons that are in disagreement by a neutral third party known as the Mediator. Mediation is flexible and helps the resolution of disputes within the shortest possible time frame. Its sole aim is to facilitate a conversation that will help disputing parties reach a resolution that is favorable to them,  a win-win solution. It is our view that mediation will help Nigerians and the government to come together and get talking about what they want, how to go about achieving what they want, and reaching a resolution on it.

The demands of Nigerians, popularly referred to as the #5for5 demand includes:

The government has disbanded the rogue police squad, SARS but created a new unit called the Special Weapons and Tactics (SWAT) to take over in performing SARS duties. Also, the Presidential Panel on Police Reforms has agreed to the five-point demand of protesters against police brutality in the meeting with stakeholders which was convened by the Inspector-General of Police (IG), Mr. Mohammed Adamu following directives by President Muhammadu Buhari on the dissolution of the Special Anti-Robbery Squad (SARS) and immediate response to yearnings of citizens. Since the people’s want has been stated and the response of the government has been stated as well, it is expedient for the Mediator to fully understand the conflict at hand by listening to both the government and the people. The Mediator through his/her active listening skill will listen to both sides effectively to help in preventing messages from being misunderstood as it can result in a breakdown in communication where the sender and the receiver of the message can easily become irritated and frustrated. The mediator can also help to drive the conversation along the lines of the true issue especially when one party starts to derail the conversation. The mediator can help summarize each party’s arguments objectively.

Furthermore, the mediator can help both parties focus on the common goal – A better Nigeria, when coming up with S.M.A.R.T solutions.

It is important to point out now that Mediation does not support crimes against humanity and cannot be used in favour of police officials found wanting in the face of the law. The erring officers should be punished for their crimes in line with the Constitution of the country and the Administration of Criminal Justice Act(ACJA). We are simply advocating that there should be a dialogue between the government and the people facilitated by a neutral third party. When this is done and a settlement is agreed upon by both parties there will be a continued and working relationship between them.

This article is not saying that Mediation should be used to prosecute culpable officers or other security operatives who have committed crimes and gross human rights abuses before and during the protest. In fact, we condemn the unfortunate event of 20th October 2020 – The Lekki Shooting, and urge that the perpetuators be brought to book and face the full force of the law.

As for the nationwide looting, it is equally inexcusable and amounts to stealing. However, with the high rate of poverty in the country and a failure of leadership in building the people, widespread looting by thugs and hoodlums at a time like this, is expected. We suggest that the suspects be given the opportunity for Plea Bargaining. This is a form of criminal mediation where an accused person makes some form of restitution by way of giving valuable information, returning embezzled funds or stolen property for a reduced sentence/punishment. This will further bring restorative justice to the society.

In conclusion, we must not lose sight of the bigger picture and should employ all legitimate means of achieving the objectives of the #EndSars movement. It’s success will open up new opportunities to keep the government accountable to the people. Remember that the betterment of Nigeria is what we are all after.